On Thursday SpaceX launched its Transporter 3 mission from Cape Canaveral Space Force Station’s Launch Complex 40. Carrying the mission to orbit was Booster 1058 on its tenth successful launch and eight minutes and 27 seconds later returning to a rare landing at LZ-1 at the Cape.

SpaceX soon reported that the Transporter 3 rideshare deployment sequence had been completed and all of the mission’s spacecraft deployments took place without incident. In all 105 satellites were onboard from numerous different countries around the world. With a reported price tag of only $1 million dollars per satellite SpaceX has made this type of launch affordable for many more organizations that previously did not have access to space.

Along for the ride was the ION CubeSat carrier vehicle from the Italian company D-Orbit. This transfer vehicle separated from the Falcon 9 and later released six CubeSats for customers in Poland, the Czech Republic and US. Other satellites released included radar imaging microsatellites for ICEYE, Capella, and Umbra; 44 Super Dove Earth observation CubeSats for Planet’s remote sensing constellation and a smaller craft called Pocket Qubes from the UK company Alba Orbital.

SpaceX’s next scheduled launch is Mon January 17th @7:26pm EST of another group of 49 Starlink satellites from NASA’s LC-39A.

I have missed RTLS landings so much. ❤️ #SpaceX Transporter 3 Mission here show footage from MECO right to landing (from the booster perspective). It was freaking magic. 🤯 pic.twitter.com/p7IqU4ipXu

As you are probably aware, SpaceX conducts scheduled rideshare launches where you can launch a 200 kilogram payload into a Sun Synchronous Orbit for just 1 million dollars. Even 1 million dollars sounds a lot but some of their prices even beat the small satellite launchers. Currently, Rocket Lab charges about 7.5 million dollars for 200 kilograms to the same orbit, so if you don’t have special orbital requirements for your payload, flying on Falcon 9 can be a fair bit cheaper.

This was a return to landing site mission as well which I’ve just missed so much. Can you believe it has been so long since the last one. That I’m pretty sure was Transporter 2 almost 7 months ago. Because the re-entry is done right off the coast, the signal footage is always terrific and we get this uninterrupted footage (shown in tweet above) of the booster all the way from stage separation to touchdown. Multiple camera angles, Photographers a plenty like Greg Scott watching it come in from a distance. It is so much more exciting than a typical drone ship landing. The booster was number 1058 which supported SpaceX’s first crewed mission to the International Space Station with Demo 2, the first resupply mission to the ISS under the CRS2 contract, and SpaceX’s first rideshare mission. Along with that, all of the missions listed here, so a very well loved booster at this point. Given that this was its 10th flight, you can see a very sooty appearance (it also its first non-droneship touchdown).

Some of the payloads on this mission include 44 earth observation satellites for Earth Observation company, Planet, alongside a bunch of cubesats by Exolaunch and Spaceflight Inc. Spaceflight was supposed to debut their chemical propulsion orbital transfer vehicle, the Sherpa - LTC1 tug for this launch. This would’ve become the company’s first multi-destination rideshare mission, however a propellant leak was discovered while integrating it to SpaceX’s hardware and the teams decided not to fly it out of abundance of caution. Also included in UAE’s DEWASAT-1 and Nepal’s first Pico satellite named SanoSat-1. It’s very cool to see more and more countries get involved in space and send their payload to orbit. 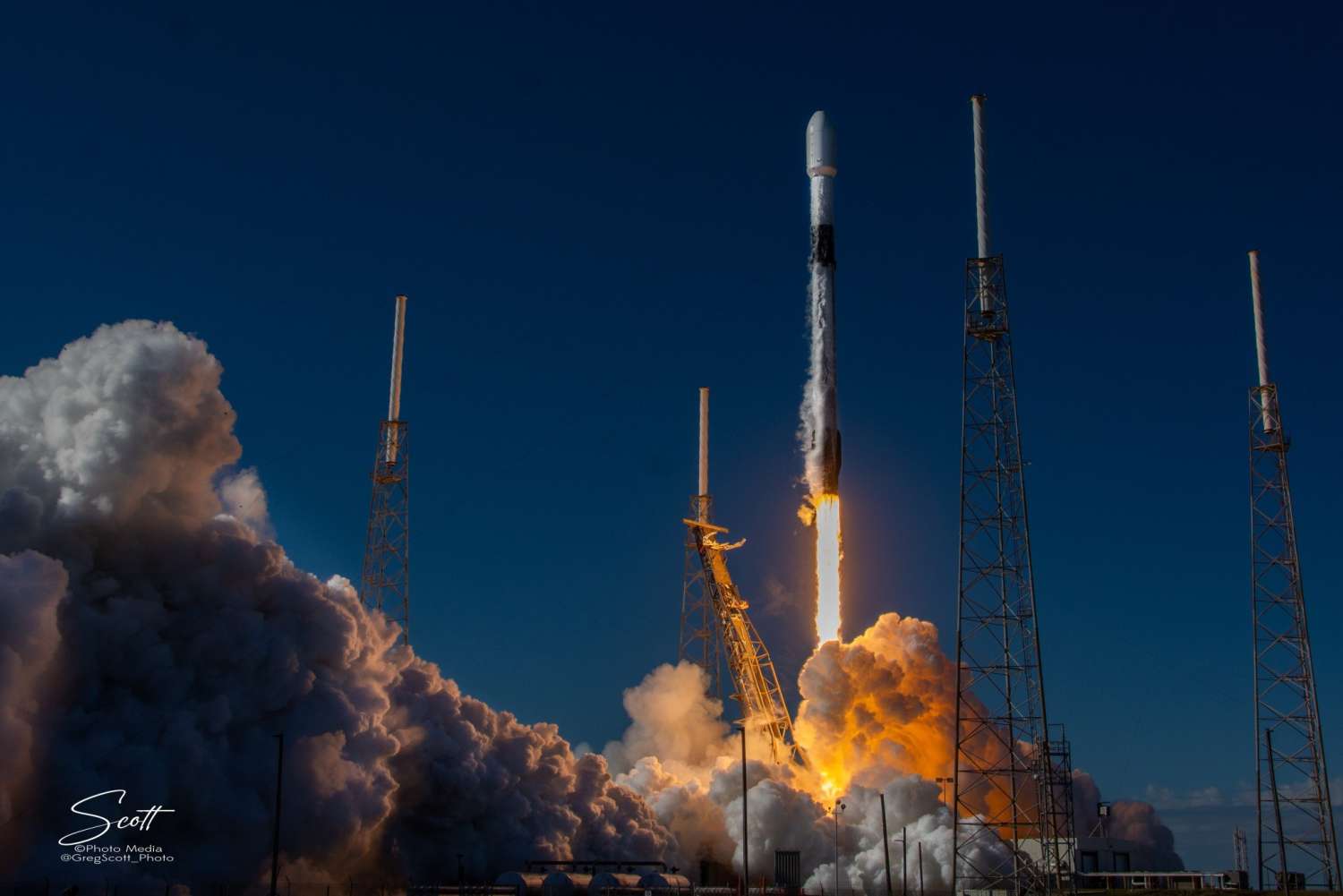 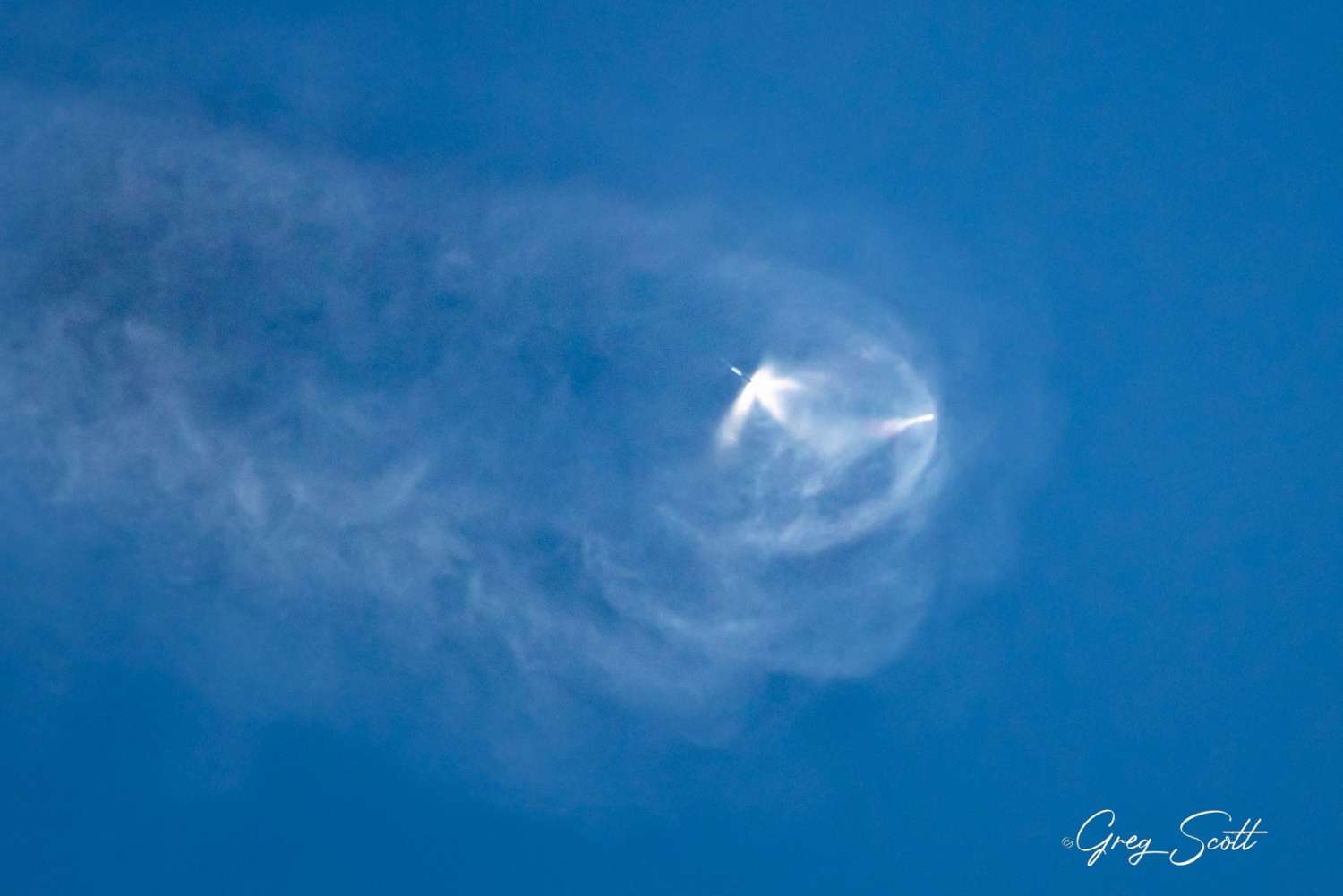